The Export Tower Award system taking effect for the first time on the Export Day in 1973, and Korean Trade Association examines export record of one year from the previous September to current August based upon export record by each applying company, ultimately informing the examination result to the Ministry of Trade, Industry and Energy and decides the final winner. 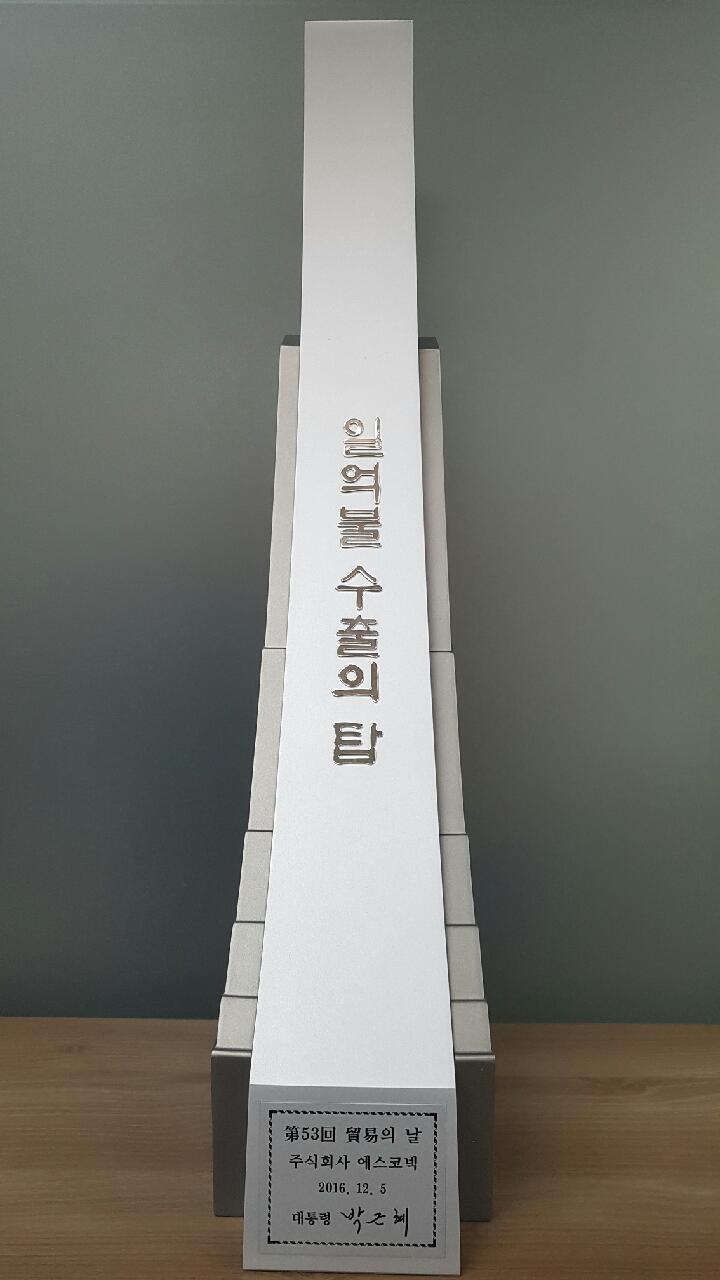 Due to harsh economic environment, the number of companies receiving Export Tower Award for over US$1million has decreased for 317 from 1,526 in 2012 to 1,209 in 2016, while the number of companies over US$100million has shrinked from 129 in 2011 to 55 in 2016, which explains well enough the worse export circumstances during the year.  Despite the uncertain and harsh economic environment at home and abroad, S-Connect was magnificently awarded an honor of US$100million Export Tower in 2016.

As all the outcome was made possibile thanks to the support from each and everyone of customers and shareholders, we won't stop pushing forward to keep S-Connect on developing.

S-Connect complies with the web standards, web accessibility, and web
compatibility of various browsers and devices.(Optimized for Internet Explorer 9.0 and later versions.)